Priority > Uncategorized > What Should You Choose: Smartphone, Tablet or Laptop? 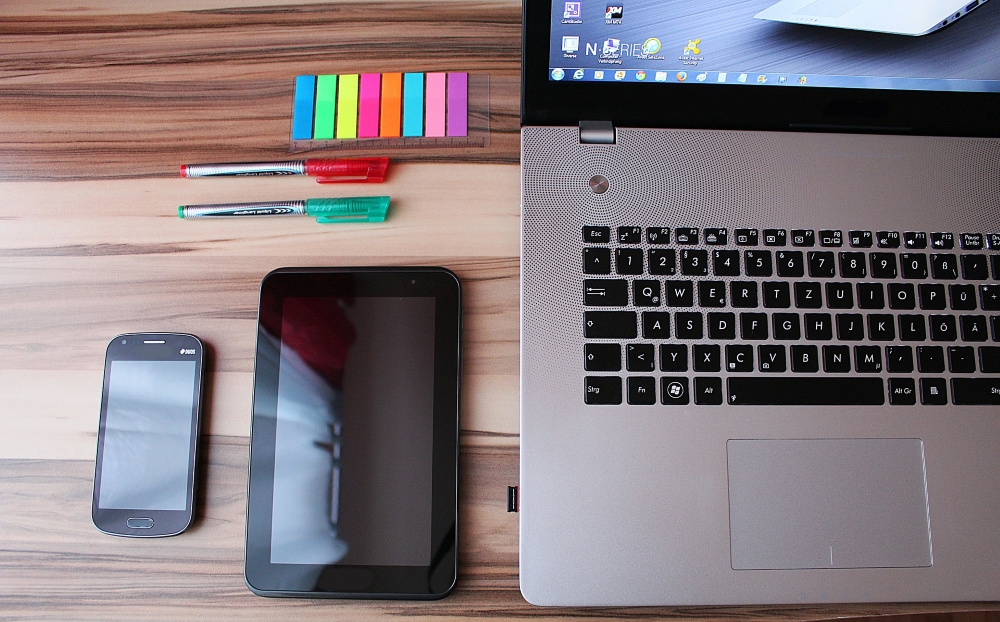 Even after the advent and broader appeal of smartphones and tablets in the average household (laptops having been a mainstay for many households for quite some time before that), the divide between these devices used to be a lot bigger. There was a time, shock horror, when phones were just used for calls and texting. Laptops were used for, you know, computer stuff – emailing, surfing the internet, word processing, or maybe some games. Tablets on the other hand, being arguably the newest addition to the home gadget fold for many people, often occupy a spot on the couch for those moments when the TV doesn’t have your full attention.

Which one or more should you choose though? That depends primarily on a couple of main factors. Budget obviously comes into it quite heavily – no surprises there. It probably also won’t come as a surprise to learn that a lot of it is going to have to do with your needs. What do you want/need from your technology? Do you need it to be pocket sized? Is it purely for ‘fun’ or for more practical purposes?

Well, I seemed to have come to a premature conclusion there, so thanks for reading this blog…only kidding, let’s delve a little deeper into each of these types of electronic wonders, and see what’s what.

My how things have changed in a relatively short space of time. It wasn’t that long ago that a mobile phone was (mostly) just a phone. You made calls, maybe sent texts, and, for those who remember Nokia phones from the late ‘90s, early 2000s, perhaps you enjoyed the odd game of Snake. With the advent of smartphones that usage became far broader.

Touch screens became the norm, as did internet access, map apps to give you directions, and of course everyone’s ‘favourite’…Facebook on your phone. For some people, a modern smartphone can function pretty much as a small scale does-everything-device. You can check and send emails, watch YouTube and Netflix, get the news and weather, take photos, check social media, and maybe even call someone.

If you don’t mind typing out emails and other such missives on a 5-6” touchscreen, and don’t plan to be doing any heavy reading (i.e. E-books), which might be hard on the eyes after a while, then a modern smartphone should serve your needs perfectly.

Tablet: A Good All Rounder For Most Needs

Tablets have gained massive popularity, arguably since the advent of Apple’s iPad, 8 years. Since then the market has seen an enormous flood of models from countless brands, of all different shapes, sizes and quality. With an average screen dimension of between about 8 and 10 inches, tablets in general provide an excellent, portable alternative for media consumption, web browsing and even productivity.

Unlike a smartphone, most tablet allow you to attach a keyboard (usually via Bluetooth) meaning that should you want to be able to type out proper documents and such, you can do so with relative ease without having to rely on the touchscreen keyboard.

Due to the bigger screen real estate, long form reading is also easier, so loading up your tablet with E-books for holiday entertainment, is also a much more viable option. Similarly, watching tv episodes and movies via the many streaming services available, is also a more superior experience on a table sized screen.

For those that need a fully-fledged computer, laptops offer a wide variety of shapes, sizes, weights and capabilities. Where the devices I’ve mentioned in this post offer a cut a slightly down version of the computing experience (due to size and components used), with a laptop you get the complete, powerful experience.

Whether your laptop stays put on your desk, or travels in your bag with you on holiday or other kinds of trips, a laptop is the “can do” device. With fully-fledged keyboards, built in track pads (mouse pointer), the ability to plug in external storage and other peripherals, and screen sizes as big as 17 inches – if you’re in the market for a new one, it’s really your budget and needs that determine how powerful a computing experience you can get.

If you’re someone who likes to do some photo editing for example, then a laptop is a more viable option than the smaller devices we’re talked about. Don’t get me wrong, you can make simple edits to photos on a phone or tablet. For anything more complex though, you need more processing power that a laptop can offer.

In conclusion, your choice of does to a large extent come down to your personal needs. The eagle eyed amongst you will have already noted that only one of these devices can actually make phone calls, so if you only need something to call people with, whilst be able to check your Facebook then, yes, you’ve guessed it, a phone is for you. If, on the other hand, you already have a phone, but want something a little bigger that you can watch cat videos on in bed, you could be in the market for a tablet. If on the other hand your needs are even greater – let’s say you’re on holiday and you want to start writing that great novel you always knew you had in you – it could be time for a laptop.

Share Post
Previous Story5 Ways To Save Laptop Battery Life
Next StoryDo You Really Need To Pay For Antivirus Software?